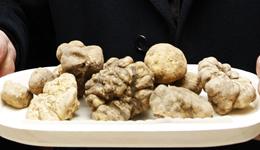 Alba has been the heart of the Langhe since the time of the splendid and rich Alba Pompeia of the Ceasars, through the time of the bishoprics, up until after the second world war. A kaleidoscope of architectural styles that range from the Romanesque in terracotta and sandstone, the sober and majestic Gothic style, the turreted Medieval, the laical Neoclassical all the way to the abstract and informal Modernism of Pinot Gallizio.

The console Pompeius founded Alba Pompeia in 100 A.D. on what was previously a paleo Ligurian settlement. In this period Alba’s eternal rival city Asti was also founded. Alba has been defined as “the city of 100 towers” and opens on a splendid central square which is full of vestiges of the medieval past. Other notable landmarks include the cathedral dedicated to Saint Lorenzo, the Teatro Sociale designed by the architect Busca which sits besides the classical lyceum of which Beppe Fenoglio was an alumni. Also of note is the “Vescovado” or Bishopric (this is one of the oldest dioceses in Piedmont).

Not to be missed is the Saturday market which attracts people from all the surrounding communes and beyond. The market winds its way along Via Cavour (the ancient roman main street “decomano”), in the Piazza Duomo, and all along Via Maestra (the roman cross street “cardo”).

Very worthwhile is a visit to the Civic Archeological and Natural History Museum dedicated to “Federico Eusebio”. Originally founded as a historical-archeological collection, it was subsequently expanded to cover the natural history of the territory with numerous artifacts dedicated to prehistory and the roman city. It provides a broad picture of the past and present natural and cultural history.

Corso Langhe starts from Piazza Savona and leads towards the highest hills of the High Langhe. Many sightseeing trails which have the writings of local author Beppe Fenoglio as a theme converge on Saint Benedetto Belbo, a township which Fenoglio often frequented and where he set many novels including “La Malora”.

One can take advantage of being here on a Sunday to watch a match of “Pallone elastico” or “palapugno” known as the ancient game of “balon” in piedmontese. This ancient game involves hitting a ball on a large court exclusively with the fist and forearm. 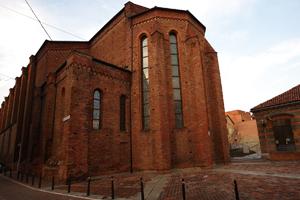