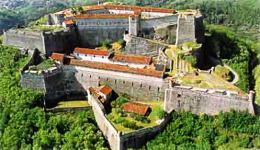 The High Monferrato and the Gavi district are located along one of the most important of the ancient communication routes , the Via Postumia, which here passes through the last fringes of Ligurian back country and into the Monferrato proper before descending into the Po valley towards Lombardy.

Gavi, an ancient Roman stronghold, rises on the left bank of the torrent Lemme and is fortified by ancient walls which defended the city for 700 years. The Fortress dominates the whole of the eastern High Monferrato from a high rocky spur. This impressive building was erected in the 1200s and was subsequently updated by the Republic of Genova four centuries later.

At Arquata Scrivia, the Spinola palace, an elegant example of Ligurian baroque, now houses the town hall. On a rise near the ancient heart of the town there is a tower from the 1300s, all that is left of a feudal castle, and now symbol of the town, another vestige of the Spinola’s these marquis where one of the most powerful families of the Genovese nobility and today are still the owners of the Spinola castle at Tassarolo.

On the left bank of the torrent Scrivia, near the town of Serravalle Scrivia, one can visit the well conserved archeological site of Libarna, a Roman city of Liguria.

At Novi Ligure, in the land of the great champions of cycling, it is worthwhile stopping to visit the “Museum of the Campionissimi” one of the greatest tributes to cycling and its legends. Amongst the many heroes of this sport it is worth mentioning Costante Girardengo, born and bred in Novi Ligure and Fausto Coppi who initiated his career here and lived in the town practically all his life.

On the left bank of the river Orba there is Capriata d’Orba a town dominated by the remains of the Castelvecchio (the old castle) where one can see parts of the old walls and bastions that used to encircle the centre. 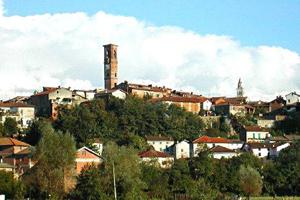