The great divide between the Langhe and the Roero districts is the river Tanaro which separates these two territories that differ greatly in soil conformation as well as in agricultural systems and of course in scenery.
The “Rocche” or sandstone cliffs – today an open air Eco-museum – follow a line amongst various types of woodland rich in mushrooms, truffles, chestnut groves as well as peach orchards and strawberry fields as well as vineyards dedicated to such varietals as Arneis, Nebbiolo, Favorita and Barbera.
The name Roero is derived from an important medieval family from Asti who were invested with various fiefdoms in this area.

This itinerary starts at Govone where the spectacular royal castle, once the home of King Carlo Felice dominates. Another beautiful castle can be found nearby at Magliano Alfieri, once home of Vittorio Alfieri, the famous writer and which now houses the Stucco Ceiling Museum. Castelinaldo, a nearby hamlet hosts the Bottega del Vino from its majestic medieval castle.

Not to be missed is the High Church of San Servasio isolated atop a hill towards the township of Castagnito in between Tanaro and Borbore. At Guarene there is a grandiose castle built in the 1700s complete with an Italian style garden. In the Re Rebaudengo palace one can also visit the museum of contemporary art.

Heading backwards along the course of the river Tanaro one comes across Piobesi and Corneliano over which dominates an ancient ten-sided tower. Then there is Monticello with its castle of the counts of Roero completely intact, as well as the extremely ancient chapel of San Ponzio. And finally Santa Vittoria d’Alba with its square tower from which one can enjoy a view that is not to be missed, not to mention a cycle of precious frescoes from the 15th century housed in the church of San Francesco.

Immersed in the woods that cover its rocche (sandstone cliffs) is Pocapaglia. The hamlet conserves an impressive stone portal designed by Sansovino as access to the castle. Further along the cliff tops one arrives at Sommariva Perno with its castle that once belonged to the “Bela Rosin” (King Victor Emmanuel II’s favourite mistress). Further along is the isolated tower of Montaldo Roero, the pleasant castle of Monteu Roero and the panoramic cliff tops of Santo Stefano Roero.

A worthwhile stop is the mock gothic manor and romanesque church of Saint Antonino at Baldissero. Here one can also find the only ornithological observatory in Piedmont where one can immerse oneself in the practice of bird watching and the study of birdlife.

At Montà starts one of the sweetest tourist itineraries – the Strada del Miele or “Honey Route” which is produced locally. Canale is the capital of Roero district and houses the Enoteca Regionale del Roero, it also boasts a famous restaurant.

On the way to Alba one passes Vezza with an interesting Villa (historic center) perched high on a rocky spur. Here there is an interesting Natural History museum and the Sanctuary of the Madonna of the Woods with some paintings from 15th century.

The hamlet of Pollenzo, the ancient Pollentia, conserves traces of its roman past, and has a magnificent neo gothic piazza. This is the seat of the first University of Gastronomic Sciences. It was once the estate of King Carlo Alberto of Savoy. Pollenzo is a suburb or “frazione” of Bra, a town that spreads over a vast hilltop above the rocche. The Zizzola is the city most famous landmark. Other notable landmarks are the medieval Palazzo Traversa, seat of the Museum of Archeology and Art History; the Communal Palace and the neighboring Mathis Palazzo, now seat of the Crateri natural history museum; and the late baroque church of Saint Chiara. 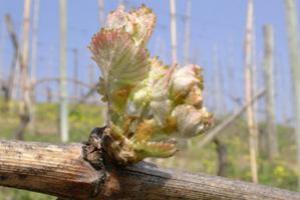