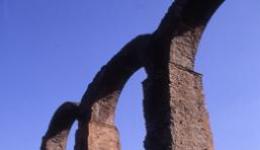 This part of the Monferrato district was the birth place of Aleramo, the founder of the historic dynasty of the Lords of the Monferrato. The story goes that Aleramo came from a family of German nobles who were in pilgrimage to the holy land, upon knighthood he demonstrated capacities of goodness and valour and thus entered the good graces of the emperor Otto. In return for his services Aleramo was promised all the lands that he could cross on horseback in three days. Cleverly, the knight shod his horse using brick and thus giving the territory its name Monferrato (Munfrà in old Piedmontese) which derives from “mun” brick and “frà” meaning shod.

Acqui Terme has Roman origins dating back to the II century B.C. Pliny lauded the thermal baths as the best in empire, and which today are still a very important element of the local economy. The high street leads directly to the “Piazza del Bollente” (The square of the boiling water”) a natural spring from which the sulphur rich water emerges at 75°C with a stream of 700 litres per minute. The spring is now housed in a Hellenic style eight-sided kiosk, designed by the architect Giovanni Cerrutti. The buildings surrounding the square used to form the Jewish ghetto complete with synagogue. Further uphill a network of streets constitutes a quarter known as Pisterna which was the late medieval centre. The town hall is housed in Palazzo Robellini which is also the seat of the Enoteca Regionale di Acqui. The Romanesque “Duomo dell’Assunta” has had many alterations over the centuries and has components in the renaissance, baroque and neo classical styles. The nearby castle of the Paleologi is the seat of an important archeological museum.

Rising westward one reaches Alice Bel Colle from where there is a great panoramic view of the vast vineyards of Moscato, Barbera and Dolcetto.
Next door is the commune of Cassine, originally a Roman settlement of the same age as Acqui. This is the birth place of the Italian singer songwriter Luigi Tenco, who committed suicide and is buried in the cemetery of nearby Ricaldone. 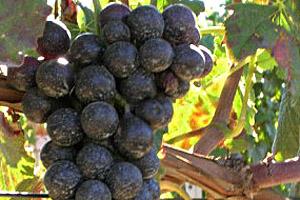